In the 1990’s Mick & Cath purchased their first home after renting for some years. They were then afforded the luxury of being able to do what they liked to the structure and design of their home. Nails, screws, new rooms, walls, light fittings, curtain rods. They could do anything.

In the early 2000’s Mick invented a gutter for use in snowy environments and was awarded runner up in a prestigious national award ceremony. Soon after the family sold their home and travelled overseas to commercialise the product. Unfortunately, manufacturing issues rendered them cashless before the snow gutter business became profitable.

The Eyers family moved back to Australia, found new jobs and re-entered the rental market. This time around, they realised all the things that they couldn’t do. From that frustration… Tenants Place was borne. 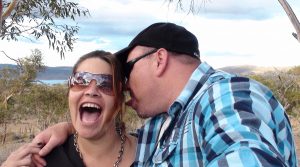